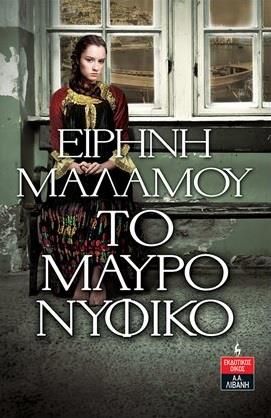 In the autumn of 1949, Angeliki leaves her island without leaving a trace and changes the course of her life forever. Many years later, she leaves her enamored granddaughter an envelope with three keys and a letter: “Apart from the house on the island, I bequeathed you something else, which you will discover when you look into the eyes of your soul. The keys unlock your past and your future. Go to the island. There you will find the answers… »

The granddaughter’s trip to the island will be transformed into a journey of revelation. That summer she will discover her grandmother’s occult past, she will find out who was the enigmatic woman who left her mark indelibly. At the same time, she will go deeper into herself and chart her own path, searching for true love, the only one, which over the centuries remains unchanged.

A Novel that unfolds in parallel at two different times and spans a century, unfolding old and new human stories.

He went to the edge of the room, where the old chest stood. He unlocked her and took off her wedding dress. Caress the colorful flowers with your fingers, travel your mind back in time. She remembered the girl she once was, how many dreams and longings she had spent in those hours sitting next to her grandmother, embroidering one by one the stitches. She wiped her muddy eyes and wiped herself. She passed the four vests over her head and the white shirt with the gold embroidered sleeves. He gently straightened her breasts to distinguish the bridal ornaments and then reverently wore her black wedding dress. She only had the wedding ring, the one that had his own name engraved on it. He caught her crazy as he passed her on the finger next to the other, she was contemplating her life, which was divided into two different cycles. He had closed one, now it was time to unite the other.

This website uses cookies to improve your experience while you navigate through the website. Out of these, the cookies that are categorized as necessary are stored on your browser as they are essential for the working of basic functionalities of the website. We also use third-party cookies that help us analyze and understand how you use this website. These cookies will be stored in your browser only with your consent. You also have the option to opt-out of these cookies. But opting out of some of these cookies may affect your browsing experience.
Functional
Functional cookies help to perform certain functionalities like sharing the content of the website on social media platforms, collect feedbacks, and other third-party features.
Necessary
Necessary cookies are absolutely essential for the website to function properly. These cookies ensure basic functionalities and security features of the website, anonymously.
Advertisement
Advertisement cookies are used to provide visitors with relevant ads and marketing campaigns. These cookies track visitors across websites and collect information to provide customized ads.
Analytics
Analytical cookies are used to understand how visitors interact with the website. These cookies help provide information on metrics the number of visitors, bounce rate, traffic source, etc.
Others
Other uncategorized cookies are those that are being analyzed and have not been classified into a category as yet.
Performance
Performance cookies are used to understand and analyze the key performance indexes of the website which helps in delivering a better user experience for the visitors.
SAVE & ACCEPT
Powered by